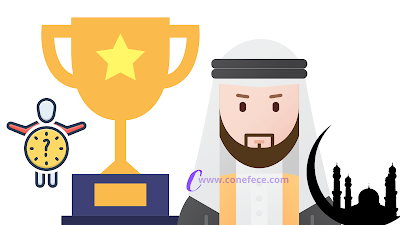 The momentary victory of the Quraish:

Although the Muslims were defeated in the battle of Uhud, the Quraish did not win in the end.

Because they went to Mecca without capturing Medina. However, the historical p.K. According to Hitti, “Mecca. The inhabitants led by Abu Sufyan to avenge their defeat in the desert of Uhud and even Muhammad (Sa.) - also tried to hit. However, their victory did not last. ”

Learning of Muslims: Disobeying the orders of the leader on the battlefield after the battle of Uhud and becoming chaotic

The danger is felt by the Muslims. Later, Muslim armies were like this in every other war.

Didn't make a fatal mistake. This teaching was very helpful in winning the subsequent wars.

Punishment of the Jews: Banu Kainuka, a conspirator against the Muslims in Medina after the battle of Uhud,

Jewish groups like Banu Nazir, Banu Qurayza etc. are identified. Later agreement with the Prophet (peace be upon him)

They were expelled from Medina for breach. . Gaining the status of Islamic state religion: Although Muslims were ostensibly defeated in the battle of Uhud, Islam

Gains the status of the state capital. P. K. Hitti said, "Hitherto it had been a religion within a state; in Madinah, after Badr, it passed into something more than a state religion-it itself became the state.

The Story of Pre-Islamic Arabia

Islam itself became a state 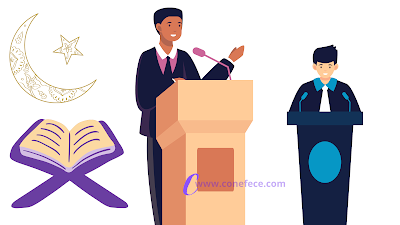 The Battle of Badr II: The Quraish left Medina thinking that the Prophet (peace be upon him) had been killed in the battle of Uhud.

In the history of Islam, it is known as the Battle of Badr II.

Causes behind the defeat of the Muslims

1. Disobedience to the command of the Prophet (peace be upon him):

John the archer disobeyed the order of the Prophet (peace be upon him) and did not perform his duties properly.

When they got busy, the Muslim forces were cornered by Khalid's attack.

Dispersed. Basically, the Muslim forces were overwhelmed by Khalid's tactics.

Such a misconception was created. When the morale of the Muslim soldiers was shattered by this news, their disaster occurred.

The Quraish forces took advantage of this. If the Muslim forces suffer heavy losses in adverse weather, they will be defeated

Ubayy could not accept being the ruler of the Prophet (peace be upon him) and started conspiring against the Muslims. Although he participated with 300 troops before the battle of Uhud, he left the party with his followers on the way, reducing the number of Muslim troops, which paved the way for the victory of the Quraish.

Causes of the battle of Khandaq The ultimate aspiration of the mother; Although the Crusaders are victorious in the battle of Uhud, they can achieve the expected success. Take. The occupation of the trade route and the political security were ensured as Madana could not make much profit. So they started preparing for war with the aim of finally wiping out the Muslims from Medina. Increasing the power of Muslims: The lesson of defeat by disobeying the orders of the leader in the battle of Uhud is a swamp of Muslims. Turns into a political force. They become strong in the power of faith and continue to spread Islam. In order to counter this irresistible force of the Muslims, the Quraish started organizing war.

The renovation Establishment of Hazare Aswad

Provocation of the Jews: Banu Nazir Gatr expelled from Medina for treason in the battle of Uhud Ul Qura and settled on trade routes to Syria and elsewhere. They incited the surrounding Jews and other laity to attack Medina. All the Jewish tribes joined forces with the Quraish to prepare for the invasion of Medina.

Enmity between the Bedouins: The Bedouins living in the suburbs of Medina used to make a living by plundering. The Prophet (peace and blessings of Allaah be upon him) stopped all their illegal activities and punished some of them. For this reason, they became dissatisfied with the Muslims and joined hands with the Quraish for revenge. "As they were losing their social, religious and financial influences, the Beduin tribes living in the vicinity of Makkah also responded to their call," said Imamuddin. If they get it, they respond to their (Quraish) call. But the ruling class of Dumatul Jandal started harassing the Muslims at the instigation of the Jews. Gains inevitable consequences.

Events of the Battle of Khandaq The Quraish leader Abu Sufyan set out to attack Medina on March 31, 326 AD, with an army of 10,000 soldiers, including 800 cavalry of the Quraish, Jews and Bedouins. The Prophet (peace and blessings of Allaah be upon him) formed a party of 3,000 soldiers to protect the people of Medina from impending danger. But the Muslim army, on the advice of the Persian Companion Hazrat Salman Farsi, dug trenches in the unprotected areas of the city to defend the huge Quraish army with such a small number of troops. On three sides of Medina were houses and palm groves. Only the north and northwest sides were open.

Hazrat Salman Farsi (RA) was experienced in military tactics. Medina in his consultation and the decision of the Shura in the Majlis. On the open side, 3,000 Muslim soldiers worked hard for 20 days, digging trenches 10 cubits deep, 10 cubits wide and 8,000 cubits long. Obstacles are created by making mounds of soil 12-12 feet high on the banks of the moat. The Prophet (peace and blessings of Allaah be upon him) formed a party of 3,000 to 500 soldiers and arranged for them to patrol the Jewish homes. As a result, the Jews could no longer unite with the Quraish. Abu Sufyan encamped on the outskirts of Medina with 10,000 troops. The Quraish were shocked to see the moat and attacked on 31 March 626 AD. But Medina was unable to withstand the onslaught of the Muslims. Long 28 days. The Quraish forces besieged Medina and failed to enter the city in various attempts.

When the natural calamity started suddenly, the Quraish forces died in the cold due to heavy rains and storms and fled to their homeland. Thus the war came to an end. In this battle 6 Muslims and 3 Quraish were killed. Result of the battle of the Khandaq. Defeat and disintegration of the Quraish alliance: The trio was defeated in the trench warfare after the siege of Medina with huge forces. Energy breakdown occurs. Because during the siege, if there was any disagreement between Abu Sufyan and Gatfan and Banu Quraiza Gaetr, their alliance was broken. According to SM, Imamuddin, And the foundations of the Muslim state of Medina were laid. In a short period of time, Islam spread throughout the Arab world and the surrounding countries. "

Spread of Islam: Islam gained momentum after the Battle of the Trench. Mahanabi (sa.) Medina || Efforts were made to spread Islam and the number of followers increased. S, M, Imamuddin said, "The establishment of

made easier the work of the propagation of the faith. "

Punishment: The Prophet (peace and blessings of Allaah be upon him) intended to punish Banu Qurayza Gaetr, the last Jewish community in Medina, for conspiracy in the Battle of the Trench. At the request of the Jews, Saud bin Mu'adh, the leader of the Aus Gaetr, was appointed judge. According to the Jewish scriptures, Banu Quraiza ordered the killing of Gayatra's men, the use of his sons and daughters as slaves, and the confiscation of their property. Syed Amir Ali said, "This was a severe punishment according to our ideas, but it was customary according to the prevalent rules." That is, “At present, this punishment will seem very severe; But according to the custom of war at that time, it was legal. "

Increase in the power of the Prophet (peace be upon him) 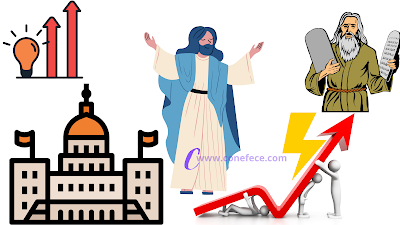 Victory in this war increases the rank and power of the Prophet (peace be upon him). Because he saved Medina, the people of Medina respected him as the absolute ruler. He became the absolute ruler of Medina. The status of the Prophet (peace be upon him) also increased in the surrounding areas. The Cambridge History of Islam states, "The failure of this barrier was a great victory for Muhammad (pbuh)."

Conquest of Discipline and Faith: Inspired by the teachings of the battle of Uhud, Muslims defended themselves by digging trenches with discipline, patience, and faith. As a result, the faith of the Muslims became stronger. Historian Joseph Hale said, "The result of the trench warfare was a new victory of discipline and unity over majority power."

The potential social and political implications of Islam